Feel the Breath of an Ancient Kingdom

Most of the tombs found in this area are round or pyramid-shaped with the top cut off. They were first discovered during the Japanese occupation period, and massive dongneol (dok-neol) tombs, which had never been seen before in any other areas, were excavated. Splendid artifacts that belonged to the most powerful at the time, such as a gilt-bronze crown, gilt-bronze shoes, and sword with ring pommel, were excavated from Eulgwan Tumulus 9 in Sinchon-ri. 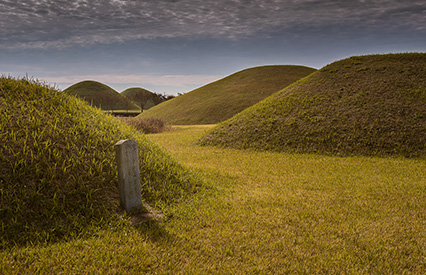 Keeping the Secrets of Mahan

The Ancient Tombs in Daean-ri with twelve tombs are found on the west side of the ridge of Jamisan Mountain. These tombs are broadly divided into three groups, with tumuli 1 to 3 in the located in the northernmost part. At the western end of the hill, tumuli 10 and 11 form the second group. Lastly, tumuli 4 to 9 and 12 located the southernmost part form the third group. Although tumuli 8 and 9 were officially excavated in 1908, there are not much details known about them. Tumulus 9, the largest tomb among the tombs in Daehan-ri, contained 9 coffins, and gold rings, long swords, glass beads, and earthenware were excavated. 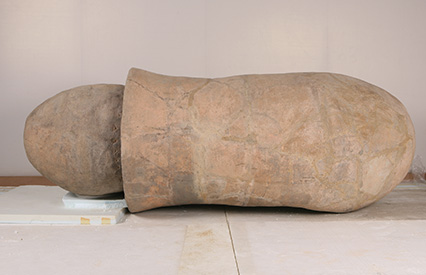 The Ancient Tombs in Deoksan-ri are located on the east side of the ridge of Jamisan Mountain. Only ten of them were known during the Japanese occupation period, but an archaeological survey revealed that there were a total of fourteen. This group of tombs is divided into two groups according to their locations. Tumuli 1 to 6 are found east of the Naju National Museum and tumuli 7 to 10 on the south. umulus 10 is a dolbang tomb (stone chamber tomb), and it is presumed that it was created after the people of Baekje moved into the area and the indigenous tomb style (dongneol) began to disappear. Taumulus 3 in Deoksan-ri was robbed during the Japanese colonial period, and an rchaeological survey was conducted in 2021 to study the construction method. 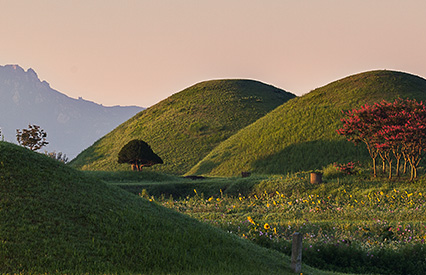 The Ancient Tombs in Bannam provide valuable information on the changes in local culture since the arrival of the people of Baekje in the Jeollanam-do region, as there is a mix of two different tomb styles. Also, the fact that cylindrical earthenware unique to the Japanese were found here shows that people engaged in international exchanges at the time.